On October 28, 2020, the NDB has successfully registered its second RMB Bond Programme in the China Interbank Bond Market. The NDB has been granted approval to raise up to RMB 20 billion in the China Interbank Bond Market within 2 years of the Programme registration date. The proceeds of the Programme will be used to finance infrastructure and sustainable development projects in the Bank’s member countries.

Bond offerings under the Programme will be eligible to institutional investors in the China Interbank Bond Market as well as offshore RMB investors through the Bond Connect scheme between Mainland China and Hong Kong.

On September 22, 2020, the New Development Bank (NDB) priced its USD 2 billion, 5-year COVID Response Bond in the international capital markets, following its inaugural issuance on June 16, 2020. This is the NDB’s largest-ever USD benchmark bond to date.

The net proceeds of the bond issuance will be used to finance sustainable development activities in the Bank’s member countries, including COVID-related emergency assistance programs. NDB is targeting to provide up to USD 10 billion in crisis-related assistance, including financing healthcare and social safety-related expenditures as well as supporting economic recovery efforts.

The transaction marks NDB’s second foray into the international capital markets following a highly successful inaugural benchmark issuance. The transaction garnered notable demand from a geographically diverse investor base, and substantial participation from central banks and official institutions, which accounted for 66% of final allocations. The geographic distribution of investors of the final bond book was: Asia – 57%, EMEA – 34%, Americas – 9%.

The 5-year benchmark bond was issued at a spread of 37 bps over mid-swaps and pays a fixed annual coupon of 0.625%. Bank of China, Barclays, Citi, Goldman Sachs International and Standard Chartered Bank are acting as lead managers of the bond issuance. 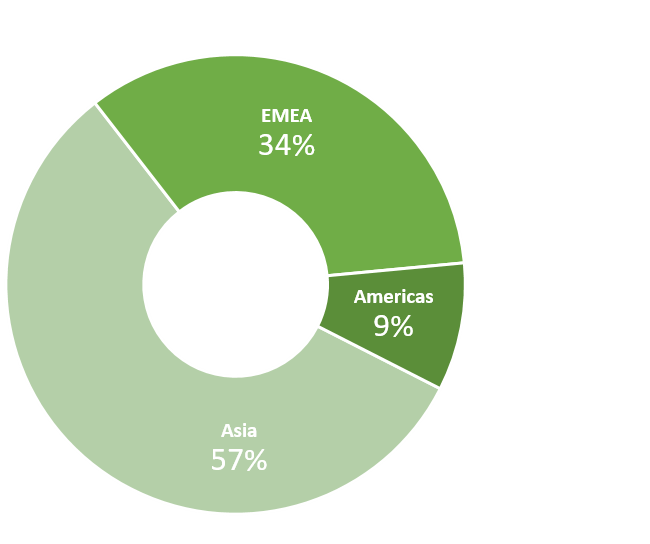 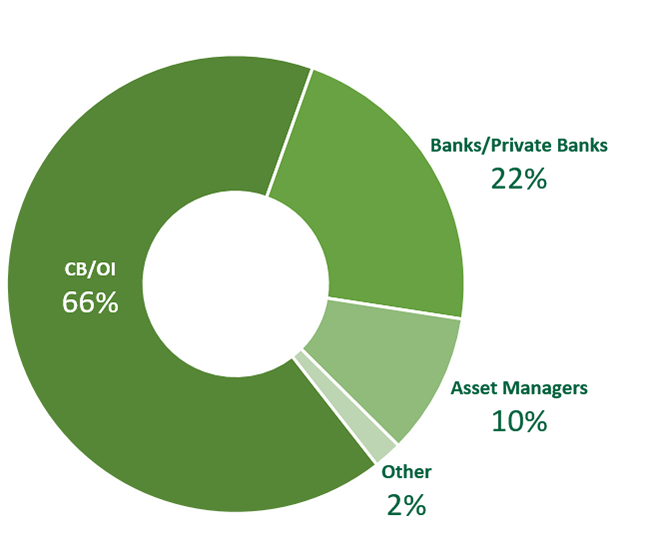 The transaction met exceptional high-quality investor support, with strong participation from central banks and official institutions, which represented 75% of allocations. The investor geographic distribution of the final Bond book was as follows: 56% – Asia, 29% – EMEA, 15% – Americas.

The robust investor demand allowed the NDB to tighten the pricing by 7 basis points compared to the upper bound of initial price thoughts and to achieve the coupon rate of 0.625%. 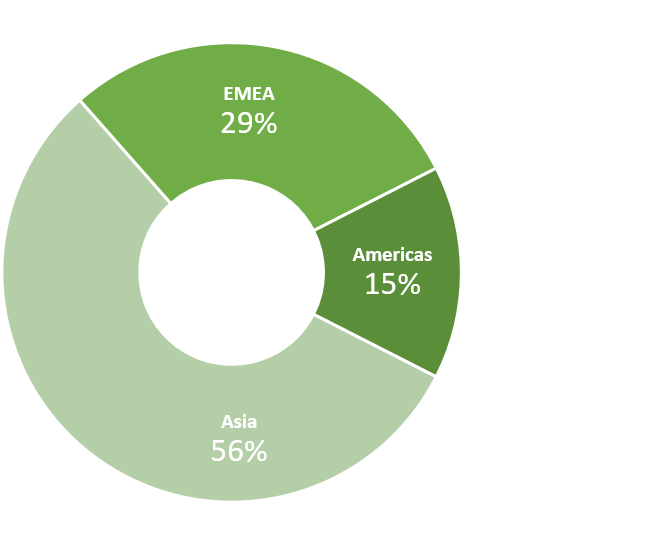 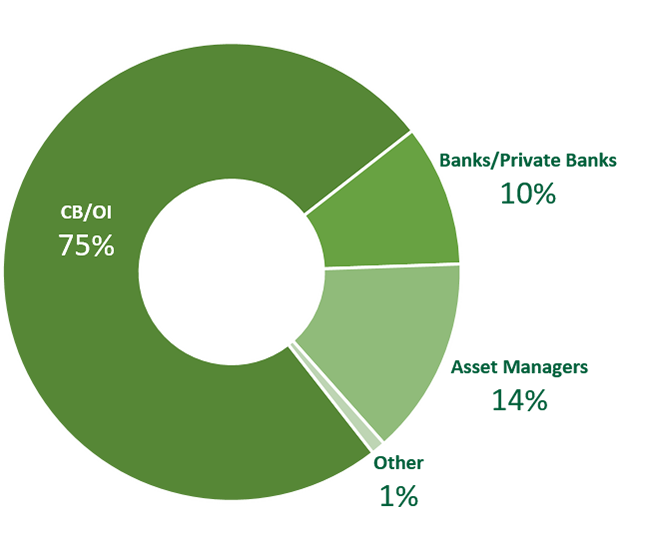 On July 06, 2020, the New Development Bank (NDB) successfully placed a CNY 2 billion bond in the China Interbank Bond Market, with a maturity of 5 years and a coupon rate of 3%. By issuing the bond, the Bank completed the quota of its CNY 10 billion Bond Programme registered in January 2019.

The final book size closed in excess of CNY 4 billion, representing an oversubscription of 2.1 times. Notably, the bond was priced 16 bps lower than the valuation of China Development Bank bond on the same day. The bond received extraordinary support from investors, despite high volatility demonstrated in the China Interbank Bond Market, with the China Government Bond jumping quite significantly across the curve. 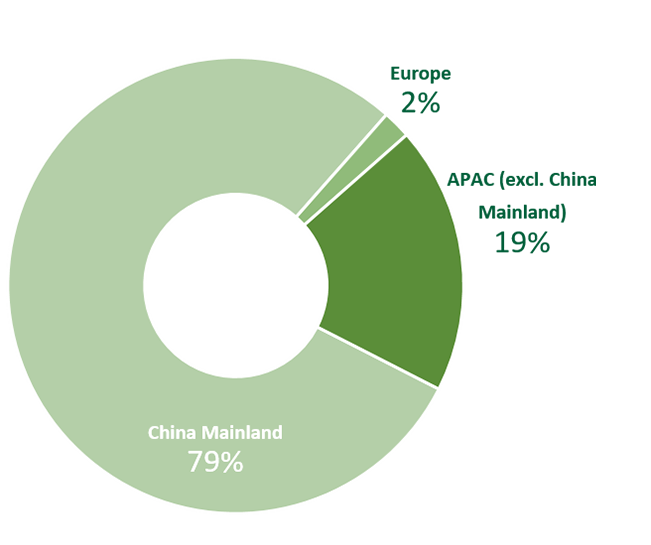 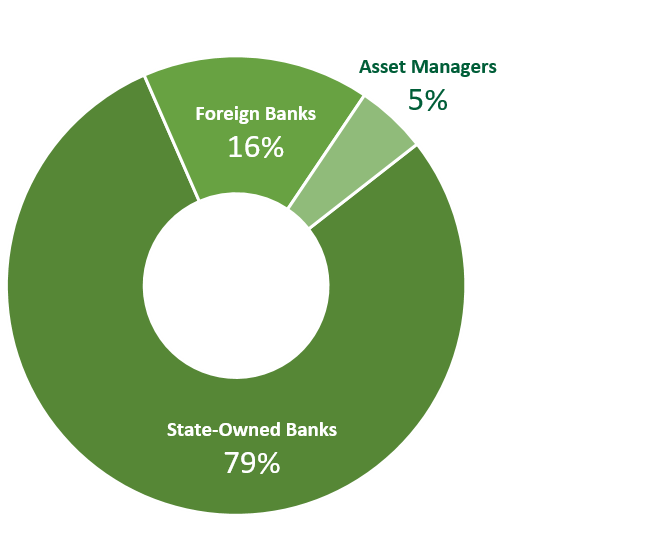 On April 2, 2020, the New Development Bank successfully issued a 3-year CNY Coronavirus Combating Bond in the China Interbank Bond Market. The Bank raised CNY 5 billion, garnered interest from a high-quality diversified investor base both onshore in mainland China, as well as offshore.

The bond was priced at the lower end of the announced pricing range, and the transaction represents the largest-ever CNY-denominated bond as well as the first CNY-denominated Coronavirus Combating Bond issued by multilateral development bank in China. 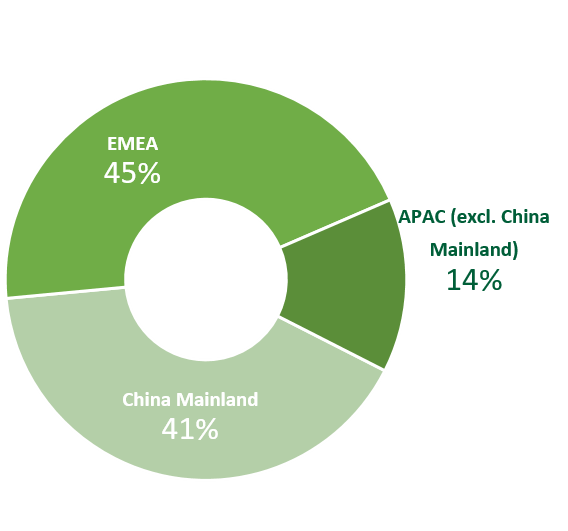 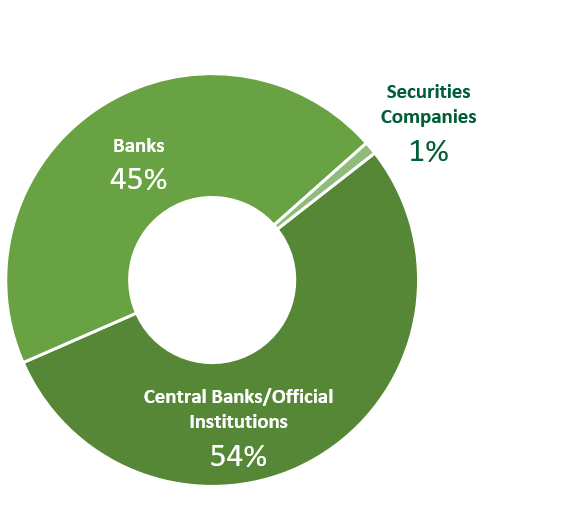 In December 2019, NDB registered its inaugural USD 50 billion Euro Medium Term Note Programme (EMTN Programme) in the international capital markets. The Programme has been rated “AA+” by Fitch and has been assigned “AA+” long-term and “A-1+” short-term issue ratings by S&P. The notes issued under the EMTN Programme will constitute the direct, unconditional obligations of NDB ranking pari passu among themselves and at least pari passu with all other present and future obligations of the Bank.

The Base Prospectus is also available at Irish Stock Exchange website.

On November 22, 2019, NDB registered its debut RUB bond Programme in Russia. The Programme was assigned the following identification number: 4-00005-L-001P-02E dated 22.11.2019. The Programme with the maximum size of RUB 100 billion and unlimited validity is listed on Moscow Exchange (MOEX) and governed by the laws of the Russian Federation. Bonds issued under the Programme will constitute unsecured obligations of NDB, ranking equally with all of the Bank’s other unsecured and unsubordinated obligations. Under the Programme, the Bank can issue bonds with the maturity of up to 20 years.

Information shall be disclosed on the website of LLC “Interfax-CRKI”:
https://www.e-disclosure.ru/portal/company.aspx?id=38028

In April 2019, NDB established its debut ECP Programme for liquidity management purposes. The Programme with the maximum size of USD 8 billion is established under the Regulation S of the United States Securities Act of 1933, as amended. Commercial papers issued under the Programme will be governed by English law and will constitute direct, unsecured obligations of the NDB, ranking equally with all of the Bank’s other unsecured and unsubordinated obligations. The ECP Programme is rated “A-1+” by S&P Global Ratings and “F1+” by Fitch Ratings.

On January 9, 2019, the NDB has successfully registered a CNY 10 billion Bond Programme. The NDB has been granted approval to raise up to CNY 10 billion in the China Interbank Bond Market within 2 years of the Programme registration date.

It is the first CNY Bond Programme established according to the Interim Measures for the Administration of Bond Issuance by Overseas Institutions in the National Interbank Bond Market under the announcement of the People’s Bank of China and Ministry of Finance [2018] No.16 issued on September 25, 2018.

On February 25, 2019, the NDB successfully placed its debut CNY 3 billion bond in the China Interbank Bond Market under the Programme registered on January 9, 2019.

It was the second bond placement of the NDB in China. The bond was placed in two tranches with maturities of 3 years (CNY 2bn) and 5 years (CNY 1bn) and it was priced at the lower end of announced pricing range with coupon rates of 3% and 3.32% respectively.

The NDB became the first international financial institution to issue CNY Bond under the Interim Measures for the Administration of Bonds Issued by Overseas Issuers on the National Interbank Bond Market announced by People’s Bank of China and China’s Ministry of Finance [2018] No. 16 (the Measures) issued on September 25, 2018.

Key parameters of the Bond 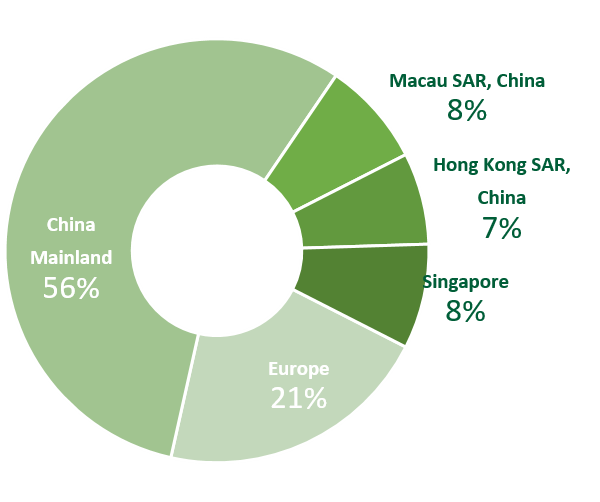 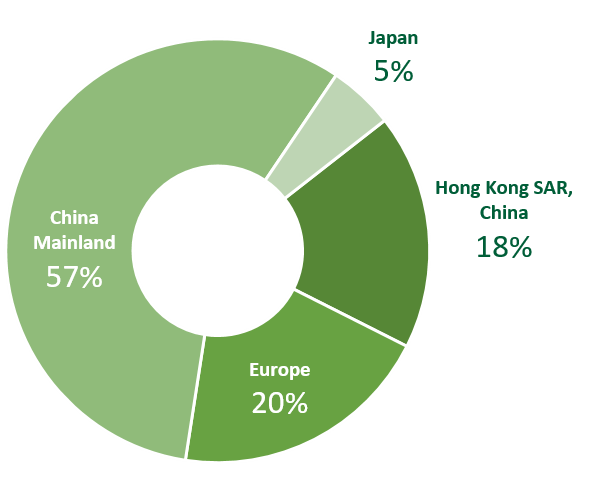 In July 2016, the NDB successfully issued its first bond in China for an amount of CNY 3 billion (USD 450mn) and a tenor of 5 years.

It was the first time that an international financial institution issued a green financial bond in the China Interbank Bond Market and it was also the first time for the NDB to tap the capital market.

The total subscription amount of the NDB’s first bond reached more than CNY 9 billion and the cover ratio reached 3.1. More than 30 investors participated in the bond book building.

The proceeds of the bond are used for infrastructure and sustainable development projects in the NDB member countries.

During the duration of the bond, the NDB discloses the information on the use of proceeds on a quarterly and annual basis on the http://www.chinamoney.com.cn/chinese/index.html and http://www.shclearing.com/ which is designated by the People’s Bank of China.

Key parameters of the Bond

For any investment-related queries, please reach out to funding@ndb.int

For any LIBOR Transition queries, please reach out to LIBOR-Transition@ndb.int