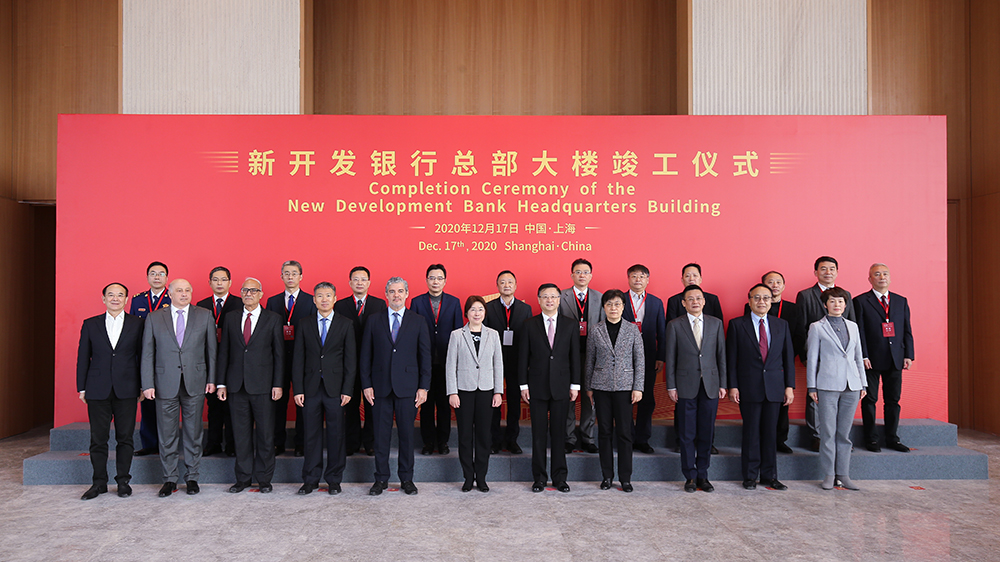 Participants of the Completion Ceremony of the NDB Headquarters Building

NDB President Mr. Marcos Troyjo addressed the event, expressing gratitude and congratulations to all dignitaries and executives as well as organizations and companies involved in the construction of the award-winning and green Headquarters Building.

“As our permanent home is becoming a new landmark in the Expo Park, I wish to thank the Shanghai Land Group, Expo Shanghai Group, Shanghai Construction Group, East China Architectural Design Institute and all other partners here today, for your commitment to quality, speed, and professionalism,” said Mr. Marcos Troyjo.

The NDB President remarked that while the building was under construction, the Bank had been committed to building a strong and sound institution, and to date, NDB had attracted over 180 staff from all BRICS countries, who had settled down in the city. “We want to make this building to be the embodiment of the values the NDB represents, and we are committed to bringing life and dynamism to the city that we proudly call home,” said Mr. Troyjo. 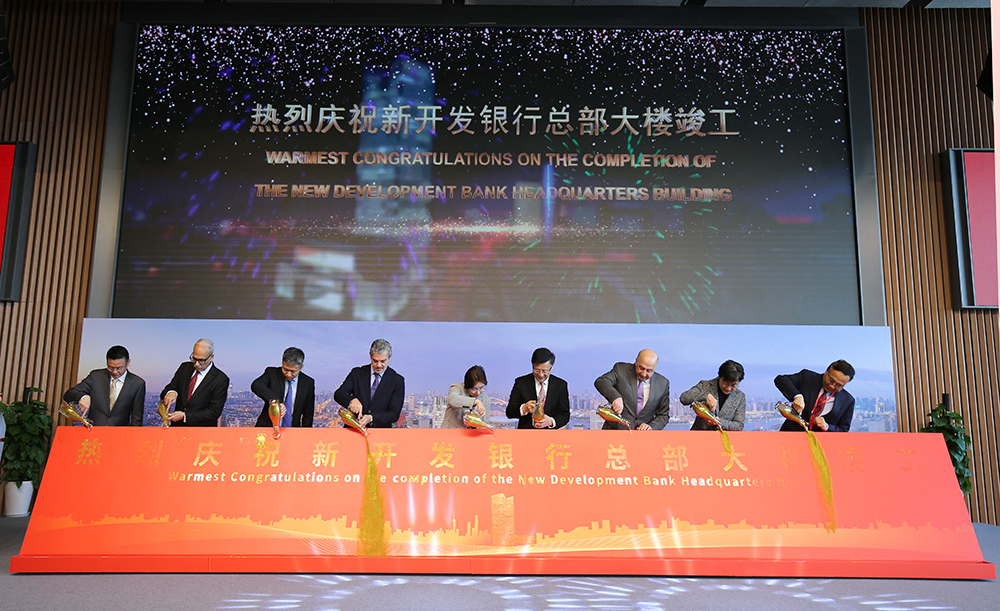 Commemorating the completion of the NDB Headquarters Building

The Bank is expected to occupy the premises by September 2021.