On September 28, 2021, the New Development Bank (NDB) and Shanghai Municipal Government celebrated a milestone in the establishment of the Bank’s permanent headquarters, with the NDB Headquarters Building Hand-over and Move-in Ceremony. The ceremony was held in the NDB’s new Headquarters Building at 1600 Guozhan Rd., Pudong New District, in Shanghai Expo Park.

The Permanent Headquarters of the New Development Bank has become an iconic building in the skyline of Shanghai. Innovation, efficiency and sustainability were amongst the priorities for the NDB HQ Building project. “This new NDB headquarters is much more than an office building. It is a powerful symbol of what emerging economies can achieve when they work together,” said Mr. Marcos Troyjo, NDB President. 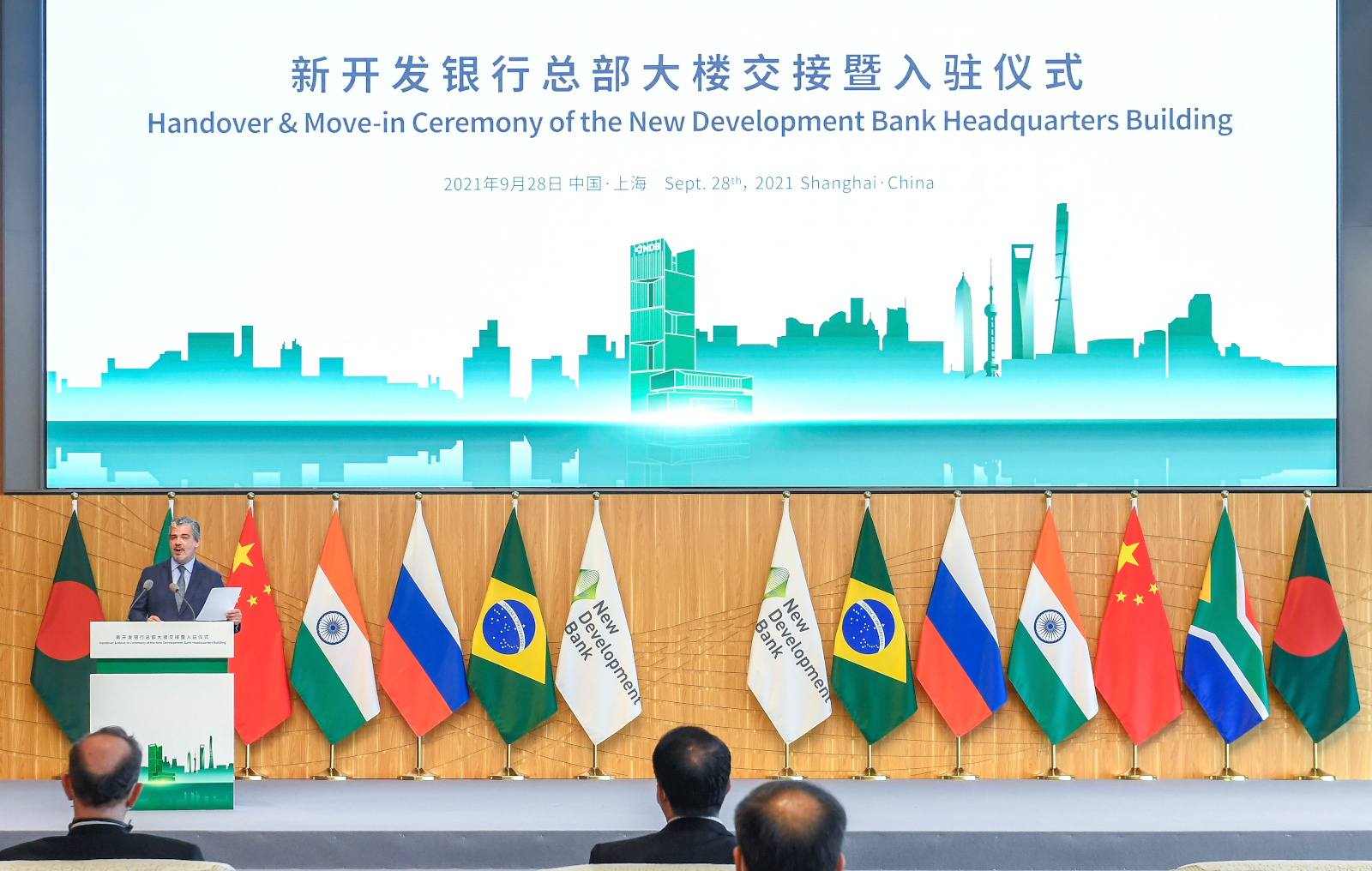 At the Ceremony, Mr. Liu Kun, Minister of Finance of China addressed the participants in a recorded video speech.

NDB was established by Brazil, Russia, India, China and South Africa to mobilize resources for infrastructure and sustainable development projects in BRICS and other emerging market economies and developing countries, complementing the existing efforts of multilateral and regional financial institutions for global growth and development. In 2021, NDB initiated membership expansion and admitted the United Arab Emirates, Uruguay and Bangladesh as its first new member countries.