At the fourth BRICS Summit in New Delhi (2012), the leaders of Brazil, Russia, India, China and South Africa considered the possibility of setting up a new Development Bank to mobilize resources for infrastructure and sustainable development projects in BRICS and other emerging economies, as well as in developing countries. They directed Finance Ministers to examine the feasibility and viability of this initiative, to set up a joint working group for further study, and to report back by the next Summit in 2013.

Following the report from the Finance Ministers at the fifth BRICS summit in Durban (2013), the leaders agreed on the feasibility of establishing the New Development Bank and made the decision to do so. It was also agreed that the initial contribution to the Bank should be substantial and sufficient for it to be effective in financing infrastructure.

During the sixth BRICS Summit in Fortaleza (2014), the leaders signed the Agreement establishing the New Development Bank (NDB).

In the Fortaleza Declaration, the leaders stressed that the NDB will strengthen cooperation among BRICS and will supplement the efforts of multilateral and regional financial institutions for global development, thus contributing to collective commitments for achieving the goal of strong, sustainable and balanced growth.

At the signing of the Headquarters Agreement with the government of the People’s Republic of China and the Memorandum of Understanding with the Shanghai Municipal People’s Government on 27 February 2016, the NDB became fully operational.

The NDB is building a robust and diversified portfolio of sustainable infrastructure projects, in order to fulfill its mandate and achieve strategic objectives. 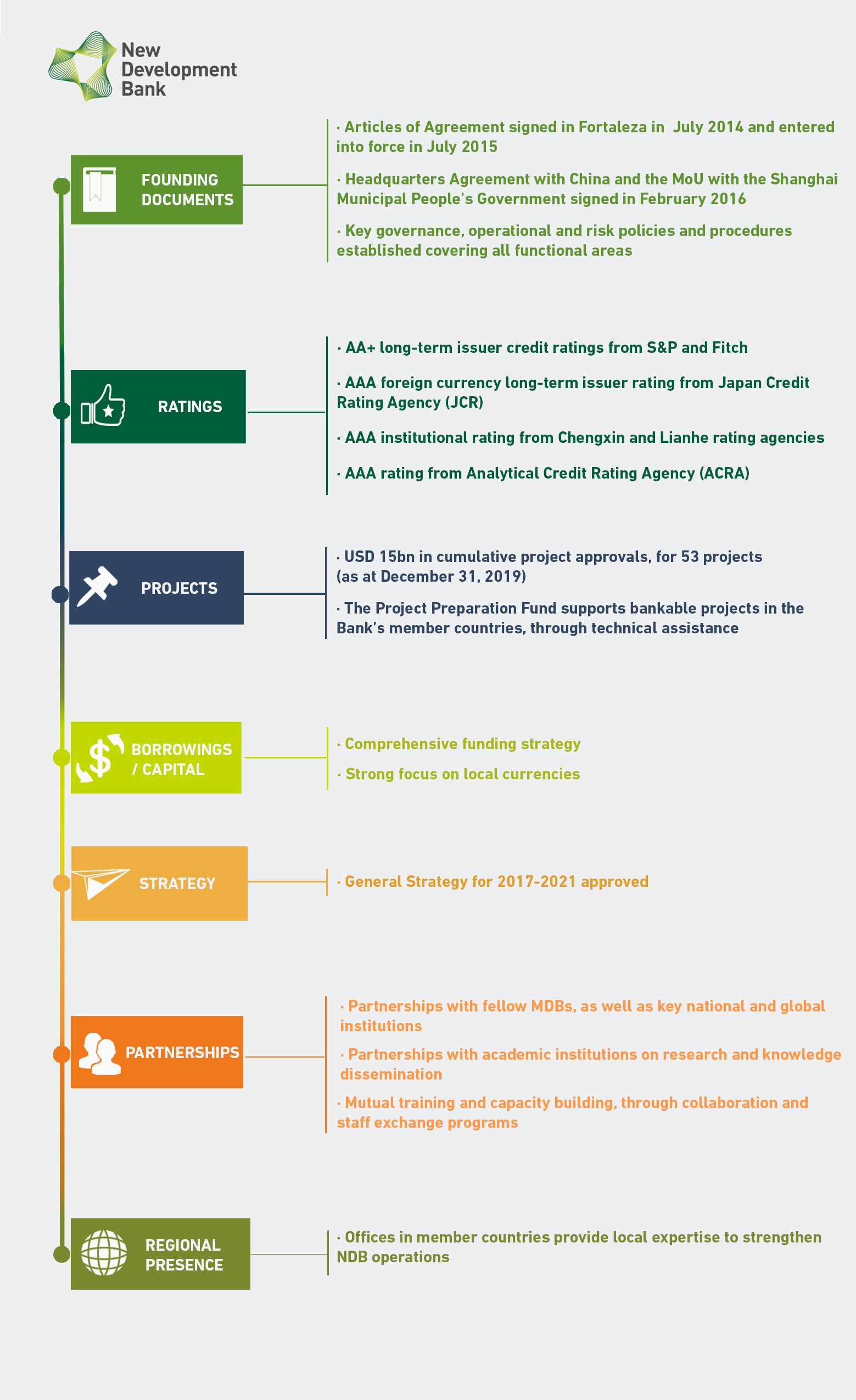