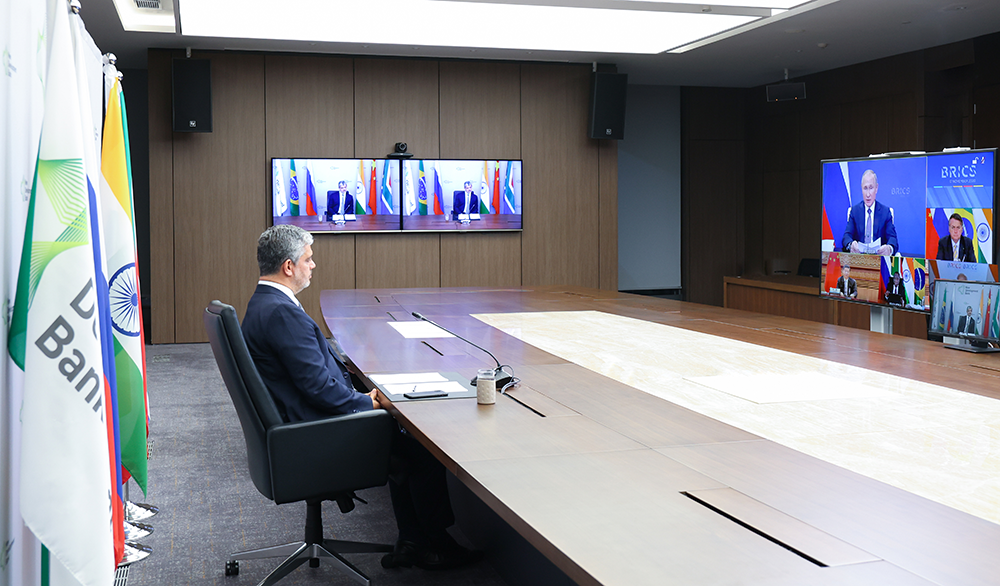 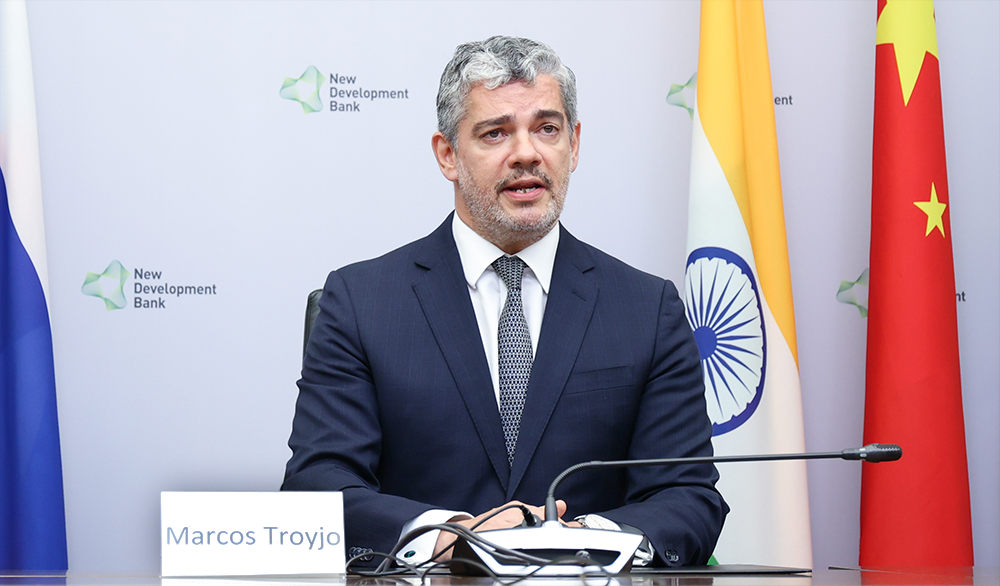 Video Recording: NDB President reports to BRICS Leaders
Highlights: 12th BRICS Summit Moscow Declaration on NDB
On November 17, 2020, the BRICS Leaders adopted the Moscow Declaration that reflected the consolidated approaches of the BRICS nations to the future development of their association.
“58. We commend the NDB for providing financial resources to reduce human, social and economic losses caused by the coronavirus outbreak and to restore economic growth in the BRICS countries. We underscore timely measures taken by the NDB in order to combat the COVID-19 pandemic and its consequences embodied in the Emergency Assistance Program aimed to provide up to USD 10 billion for Emergency Loans to its member countries.
59. We commend the NDB’s remarkable achievements made in the last 5 years and express our appreciation to the first President of the NDB Mr. Kundapur Vaman Kamath for his strong leadership in this institution during his tenure. We welcome Mr. Marcos Troyjo as the new President of the NDB and look forward to the Bank continuing its institutional development under his leadership. We welcome the opening of the NDB Eurasian Regional Center in Moscow – the third NDB regional office – and look forward to opening the NDB regional office in India next year.
60. We support the NDB membership expansion process based on relevant decisions by the NDB Board of Governors. This will strengthen the NDB’s role as a global development finance institution and further contribute to the mobilization of resources for infrastructure and sustainable development projects in Bank’s member states. The process of expansion should be gradual and balanced in terms of geographic representation in its membership as well as supportive of the NDB’s goals of attaining the highest possible credit rating and institutional development. We welcome the launch of the formal negotiations with potential candidates based on these principles and work towards the timely expansion of NDB’s membership.”
12th BRICS Summit Moscow Declaration (November 17, 2020)